Currently there are about 960 UNESCO World Heritage Sites in the world, with seven of them located in Croatia. These sites are just some of the great places you can visit in my country, so if you’re looking for something more than just sunbathing and swimming perhaps this list will give you a good idea of what you should visit.

2. Cathedral of Saint James in Šibenik

The Cathedral of St. James is a catholic Church in Šibenik (pronounced Sheebenik), which made it the the UNESCO World Heritage List in 2000. Its building started in early 1400s, and was completed in 1536. Initially it was conceived as a simple church, but various local and Italian skilled masters combined architectural and decorative elements to create something much more unique.

The cathedral lies just underneath the fortress walls of the town in the old area of Šibenik, and contains several sarcophagi, paintings, altars, and statues. Interesting to note, it doesn’t have a bell tower.

Trogir has been on the list of World Heritage Sites since 1997. It’s located on a small island between the Croatian mainland and the island of Čiovo (Cheeovo), and is about 27 kilometers west of the city of Split (and only six kilometers from Split airport). Basically if you’re visiting Diocletian’s Palace in Split, you might want to include Trogir to your sightseeing list.

Trogir has a large number of palaces, churches and towers, and even a fortress on a nearby small island. The town is the best-preserved Romanesque-Gothic complex in Central Europe. Trogir’s medieval core, surrounded by walls, comprises a preserved castle and tower and a series of dwellings and palaces from the Romanesque, Gothic, Renaissance and Baroque periods.

The whole municipality has a population of just little over 13,000, but can accommodate 20,000 tourists, which just shows how focused and popular Trogir is among tourists. Well worth visiting!

The Euphrasian Basilica in Poreč (pronounced Porech) is an episcopal complex including a basilica, a sacristy, a baptistery and the bell tower of a nearby archbishop’s palace. It’s one of the best examples of early Byzantine architecture in the Mediterranean region. It’s the third church built on the same site, as fires and earthquakes have destroyed the previous ones.

The present basilica is dedicated to the Virgin Mary, and was built in the sixth century. It’s mosaics are a most striking feature, dating back from 6th century and are among the finest examples of Byzantine art in the world.

Diocletian’s Palace is a building in Split built by the Roman emperor Diocletian at the turn of the fourth century AD. The palace was virtually forgotten for centuries, and rediscovered by a Scottish architect Robert Adam in 18th century.

Diocletian’s Palace is one of the most preserved and complete remains of a Roman palace, and it’s architecture and history are something you might want to see if you’re planning a trip to Croatia.

Located in the heart of my city Split, it shouldn’t surprise you we wrote an article only about Diocletian’s Palace. One of the most memorable places you’ll get to grab a drink, I guarantee it.

Equally breathtaking in summer or winter, Plitvice Lakes is a place you simply must visit. Untainted nature, clean emerald green and crystal blue water, wooden paths connecting 16 lakes, and some of the most beautiful waterfalls in the world are all impressive enough to attract well over a million tourist every year.

Be sure to search for more images of Plitvice: once you see it’s beauty you’ll definitely want to visit. Getting to Plitvice is easy from any destination in Croatia, as these lakes are one of the most popular stops and day trips.

A not-so-fun fact is that Plitvice Lakes potentially stands to lose their UNESCO World Heritage status, due to an increasing number of tourists and rapid construction of accommodation and other facilities in the vicinity.

That is however definitely not a reason to avoid Plitvice. The lakes are still remarkably clean and preserved. If you’re traveling to Croatia by car Plitvice is just a short detour on your way.

Dubrovnik has been on the UNESCO list of World Heritage Sites since 1979. It’s one of the most popular tourist destinations in Croatia. Dubrovnik is one of the world’s top 10 medieval walled cities, and it’s remarkably preserved. The city has in fact been a tourist destination since late 19th century, and its walls continue to attract thousands of visitors every year.

Fun fact in case you somehow still don’t know, Dubrovnik is where scenes for fictional King’s Landing city were filmed in TV series Game of Thrones.

Unless you plan on coming back next year, Dubrovnik simply must be on your list of places to visit to Croatia. It’s one of our most iconic and recognizable destinations. Dubrovnik also happens to the most expensive Croatian destination so I don’t recommend staying within the city, but that’s not a reason to avoid it. Make it a day trip!

In addition to prices, biggest downside to visiting Dubrovnik are hordes of tourists in high season (July and August), when streets are packed with visitors from all over the world. But regardless of these two downsides which are just my personal opinion, Dubrovnik is still worth seeing.

The following sites are on the Tentative List for Croatia, meaning they may be considered for nomination for UNESCO World Heritage List in the future:

While there are thousands of places you can visit in Croatia that are equally charming, the sites on the UNESCO World Heritage list are undoubtedly some of the most beautiful ones. They are welcoming tourists throughout the year and if you’re looking to see something unique they should certainly make it on your to-do list.

If you like this travel guide about UNESCO World Heritage Sites in Croatia and found it useful, consider supporting the author with a coffee or share it with your friends: 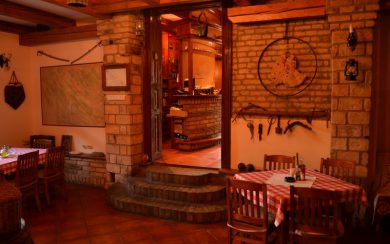 Konoba – Soul of the Dalmatian Cousine 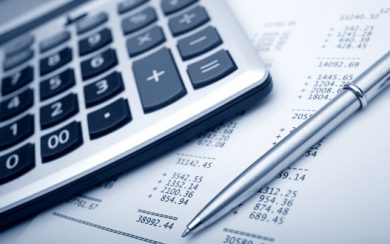