Split Dalmatia County is a central Dalmatian region with Split Croatia as a capital. Dalmatia consists of three areas:

If you do not know where the Split County is, this is your chance to become acquainted with the basic geographic data and maps. Read more about it on Wikipedia!

Are you a naturist lover looking for the most popular Central Dalmatia nudist beaches? If so, visit this page!

Central Dalmatia County is a mixture of Roman ruins, stunning beaches, old fisherman villages, untouched islands and plenty more that makes this Croatian region the most visited by tourists from all over the world.

Split region is the largest Croatian county with the total area of 14106.40 km2. The whole area including islands makes 8% of Croatian Republic surface and 30.8% of total sea surface.

Geography is located in the central part of the Adriatic coast. It stretches from Vrlika in the north to the furthest Croatian island of Palagruza in the south and up to Vrgorac to the east.

Exploring the above maps you can identify clearly the county borders with principal towns and islands.

The county is divided into three geographic subunits:

Hinterland, the continental part of the county, is interlaced by mountains that run parallel to the coast. The area is sparsely populated and economically relatively poor.

Coastal line makes a narrow strip along the coast between the mountains and the sea. This area is highly urbanized and economically developed in relation to the hinterland. This coastal line is divided in three tourist zones:

Split county consists of 74 islands and 57 islets and reefs. The biggest and more populated islands are Ciovo, Solta, Brac, Hvar and Vis. Find out how to reach these islands from Split.

Weather in Split County is typical Mediterranean climate whose basic features include hot and dry summers with mild and wet winters.

Planning a vacation is always fun, but weather conditions will be important to look at when to go to Split Croatia. Read more about weather in Split here!

According to 2011 population, households and dwellings census in the Republic of Croatia below are the main towns with total number of inhabitants:

The best of Split Dalmatia County

Split Dalmatia County is a region with many places to visit, activities to enjoy, beautiful islands, tranquil harbors, mountains and castles, foodie’s paradise and treasures such as Diocletian Palace in Split and the medieval Trogir (both declared UNESCO World Heritage Sites).

Vis island is the most remote but also the most mysterious island in this part of Croatia. From 1950 to 1989 it was a military base, closed for visitors. Today Vis is a “must visit” island.

Split region hosts the most popular tourist places in Croatia with well-developed infrastructure and connections, tons of sightseeing spots, and hundreds of years of tradition. No matter where you find yourself in Croatia, make sure you put a few pins on the map in the Split region. I know you won’t regret it!

If you like this travel guide about Split and Central Dalmatian County and found it useful, consider supporting the author with a coffee or share it with your friends:

How To Get To Plitvice Lakes From Split City? 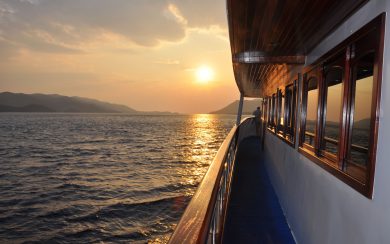 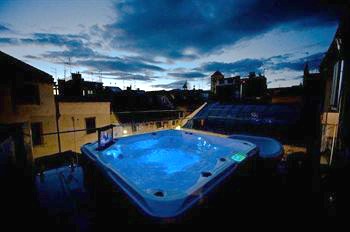