Picigin is a ball game originating from Split. There are plenty of Split beaches where you can enjoy picigin, but it’s typically played in the shallow sea waters of Bacvice, the most popular sandy beach in eastern part of the city.

Picigin is pronounced “pih-tsih-gheen”. Game is not really known or played anywhere outside Croatia, but it certainly shows the uniqueness of Split city.

Group of Split students studying in Prague were the first to play this game back in 1908. Basically water polo was difficult to play on Bacvice beach’s shallow waters, and picigin was born. This game is always played on sandy beaches as it consists of lot of running, tumbling, falling and water splashing in very shallow waters.

Number of players is usually five, all of whom are standing in the sea water from ten (3.9 inch) to twenty centimeters (7.9 inch) deep. Deeper sea can slow down the game to the point where it loses its dynamics and attractiveness.

Picigin is a game where there are no winners and therefore it is difficult to talk about the strict rules. Picigin is a non-competitive game played for fun.

The game’s goal is to keep passing around a small ball (the size of a squash ball) from one player to another, by hitting it with the palm of the hand and preventing it from falling into the sea.  The longer the ball remains in the air without falling, the more the whole game becomes attractive.

Picigin is a summer game of course, but in Split you can see players in every season. There’s even a special game event on the New Year’s Eve, when sea water is rarely above 10°C (50°F).

Picigin game is often sort of a herald of the coming tourist season and warmer days. It’s common to see this game being played as early as March and April.

The game spread from Split to other parts of Croatia like Krk island, Medulin on Istria peninsula, and Dubrovnik. Most places have various techniques and slightly different rules. Picigin is even played in Osijek, a town in eastern Croatia which is far from the sea.

Annual World Championship competition in picigin has been held since 2005. Rules are simple, and winners are chosen based on the “artistic impression” of the whole group. It’s all about fun, remember.

You can learn a bit more about the game on Wikipedia. Men of women, adults or kids, picigin is truly a game for everyone. Be sure to take a stroll to Split’s Bacvice beach to see this harmlessly fun game being played, even if you don’t intend to join.

If you like this travel guide about Picigin Game – Split’s Favorite Pasttime and found it useful, consider supporting the author with a coffee or share it with your friends: 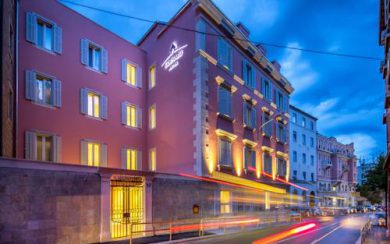 Hotels in Split – Reviews and Recommendations

Getting to (and from) Split by Bus