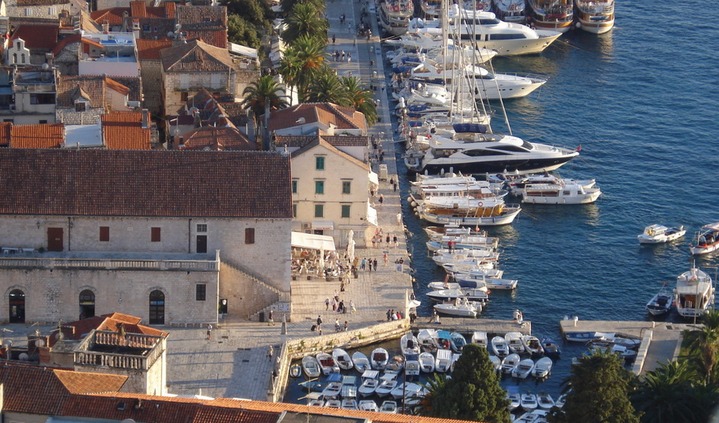 Island of Hvar has been nominated for years among the world’s 10 top attractive islands mainly for its mild climate and hospitable people.

Adding the fact of being the sunniest island with crystal clean sea, beautiful beaches, good food and wine, unspoiled environment with lavender scents everywhere, I am sure Hvar will satisfy the most demanding travelers.

Hvar island is one of the biggest islands along the Adriatic coast, called the “Croatian Madeira”.

This island receives more than 2724 hours of sunshine each year, more than anywhere in the country. It’s the longest island on Adriatic coast.

More of my Hvar info pages:

Although tourism on the island has reached an enviable level, islanders have never neglected agriculture and traditional products like lavender and rosemary aromatic plants, high class honey, wine and olive oil.

There are many reasons why island of Hvar has been considered as one of the 10 most beautiful island in the world.

It’s hard to find anything missing to an island but Hvar has all you need to make you return again and again.

Although in Zadar county, there is a Dugi Otok (Long Island), Hvar is the longest island along the Adriatic coast. It’s 50,95 miles (80,46 km) long.

The road between Sucuraj and Hvar town is rather narrow and if you are coming from Makarska, don’t forget to fill up your car tank before you use the ferry connection, as the first fuel station on the island is in Jelsa, 50 km away.

With almost  2800 hours of sunshine during the year, this island is definitely the sunniest and warmest island.

It’s not a surprise that the island is called ‘Croatian Madeira’.

The island has mild winters, warm summers and high number of sunny days which allows bathing from May to October, and for the brave ones, even more.

The average annual temperature is about 16.5 C, with warmer autumns and springs, which extends the length of the vegetation.

The highest summer temperature do not cross the critical temperature tolerance for agriculture (the absolute maximum of 37 ° C  (98,6 F) was in 1935).

Don’t be surprised to see offers like – from May to October, we offer 50% discount to accommodation prices on days when it rains over three hours! Some hotels during the winter offers 100 % discount if it snows!

Island of Hvar – towns and population

This island is a part of Split Community District. It has four municipalities with little more than 12.000 inhabitants. Click each image to enlarge it!

To know more about Hvar island history, free encyclopedia is the best resource!

Hvar is situated in a picturesque natural setting, facing the south.  Today is the main tourist center of the island.

June is the month when the purple color covers the Island of Hvar! On the way from Stari Grad and through Selca, Velo Grablje, Brusje and up to the town of Hvar, a familiar smell of lavender and the most vibrant purple fields will surely leave you breathless.

Stari Grad (Old Town), is the oldest town on the island. Was founded in 385 BC by Greek colony.

Jelsa is a small port on the north central part of Hvar island. On the both sides of the harbor there are wooded coves ideal for relaxation and swimming.

Sucuraj is a small and peaceful town, a place on the east cape of the island. It’s important ferry port connecting Hvar island with Makarska Riviera.

Vrboska is a harbor in the central part of the northern coast of the island. It is located in a narrow and deeply indented bay with about 523 inhabitants.

I hope my post gave you a nice overview of Hvar island, and if you want to read more detailed articles be sure to read my other posts:

If you like this travel guide about Island Hvar and found it useful, consider supporting the author with a coffee or share it with your friends: 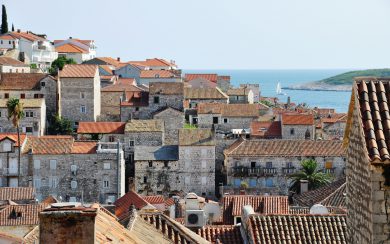 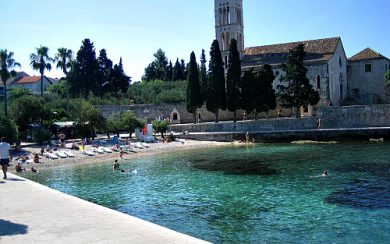 The Most Beautiful Hvar Island Beaches 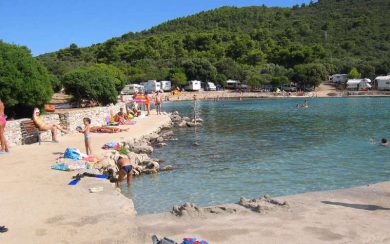