Home » Blog » History of Split From My Personal Notebook

While writing this short retrospection of history of Split as a 66 year old I never dreamed that I would copy content from my old notebook I accidentally came across in the deepest corner of my cellar.

I was a thirteen year old schoolboy when I wrote it, attending elementary school at Bacvice district in the eastern part of Split town, very close to Bacvice, famous sandy beach.

This was a period of communist conception of history when the period after the Second World War was much more important than any historical period before.

It was a time of glorification of Yugoslavia when talking or writing about Croatian history, was forbidden or better to say, completely neglected.

History of Split from Diocletian to 1991

Reading a short article from my notebook with the title “What do you know about your town history?”,  I’ve immediately noticed that I haven’t started with “Everything started when Emperor Diocletian has decided to build his retirement palace” as you will find in almost every travel guide book. He was born near Salona (today’s Solin), the capital of the Roman province of Dalmatia.

Although the origin of Split city was associated with the construction of Diocletian’s Palace (295 and 305), some archaeological finds excavated after 2000 (sacral facilities, the amphitheater, the port on the north side of Marjan), demonstrate that this area was settled in ancient Roman times, long before Diocletian.

It is possible that this was one of the Greek colonies, and because of its favorable geographical position and probably Illyrian settlement.

Many traces from Stone Age period, stone tools and weapons found in nearby Klis settlement (only 8 miles from Split), Grapceva cave on the island Hvar and Radosic village near Sinj and other locations, demonstrate the rich history of this town.

There are not many cities in the world that can be proud such as Split of almost two millennium history. Read more about Diocletian palace, a city within a city. Timeline of Split and Croatia history, date by date!  Split Croatia museums are testimonies of its rich history from ancient times to the present day.

The Archaeological Museum is the right place to discover all treasures in Split area.

My historical fasts go more that 4000 years ago when local people have begun to use the first objects made of copper. I subtitled this “Bronze Age across Split county”. Near Solin (Salona) were found some metal weapons and jewelry.

In this period appeared the first Illirian tribes and among them Illyrian tribe Delmati (Dalmatia).

In my text I stress the importance of Greek period as Ancient period where Illyrian tribes and Greeks were the first to populate Split and Dalmatian islands although little remains of their existence particularly in Split area.

400 BC the Greeks appear to be in this area and founded the town of Issa – Vis island, Pharos – Stari Grad (Hvar island), Tragurij – Trogir and Epitium – Stobrec.

It’s interesting how I’ve elaborated the origin of the Split name from the Greek colony of Aspálathos, in Latin became “Spalatum“, Italian version Spalato, 19th century name Spljet all the way to its nowadays name Split.

I am surprised how it was possible to sell rights on Dalmatia to the Venetian Republic for 100,000 ducats. It’s was a very low price for whole Dalmatia region that remained under Venetian rule for 377 year.(1420–1797)

I am very proud of my native city when explaining the happy but short period of Croatian Kingdom, particularly with the first King Tomislav (910 to 928).

In my homework you won’t find records about recently events except the II World War when Split was heavily bombed and severely damaged. It was bombed by German forces, but also by the Allies, causing hundreds of deaths.

Finally the centuries-old desire of Croats, to have their own country, has become a reality. After the Homeland War for Croatian independence as one of the saddest period in history of Split  I can say that it was worth sacrificing for Croatia Independence declared on June 25, 1991. In 2103 Croatia has become, an equal member of the European community.

If you like this travel guide about History of Split From My Personal Notebook and found it useful, consider supporting the author with a coffee or share it with your friends: 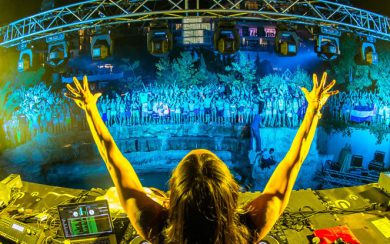