Take advantage of cheap flights to Split to reach your holiday destination! Getting to Croatia is easy, there is a wide choice of airlines offering bargain round trip flights.

Landing on Split airport is easily the quickest way to reach Split or any of Central Dalmatian islands. There are numerous airline companies with flights to Split all year round, and this guide should give you a nice overview of major airlines you can travel with.

Most important thing for majority of air travelers isn’t actually the airline, but rather the ticket price, so for your convenience I included a search form below which looks through over a thousand airlines and travel agencies to show you cheapest prices.

The only way to find the best deals is to start with online comparisons, on over a thousand airlines. Use only flexible search options giving you possibilities to browse prices across a whole month, or even a year, allowing you to get the best deals and the lowest prices. Try the one below:

There are not many direct flights during the whole year, but in period from April to October there are quite a few low-cost flights.

In this period you will find several carriers that fly directly to Split.

The most frequent flights are from UK to Split. The flying time from the UK to Split is between two and two and half hours, depending on where you are flying from.

Flights from UK to Split

Croatia Airlines (National Company) have flights in summer from both London Heathrow and London Gatwick. Check their online offers.

Other carriers like Norwegian offer flights once a week (on Saturdays) from London Gatwick to Split from early April to the end of October.

Monarch carrier was also a newcomer in 2013 with flights from Birmingham to Split, three times a week from late May to late October.

Wizz Air had three flights per week from London Luton to Split from mid June to mid September.

Data below includes live flights from London to Split:

Flights from London to Split above should display live data, but feel free to check for additional flights and UK airports here.

Flights from Germany to Split

If you are traveling from Germany, here you can find information about cheap airline companies flying to Split.

Germanwings is the trustworthy carrier that makes a part of Lufthansa group. It departs from all principal German cities like Köln, Bonn, Stuttgart, Berlin, Dortmund and Hannover to Split airport.

Airberlin is flying from Düsseldorf and Nürnberg. It is the second largest German airline.

Hamburg Airways is a German airline based at Hamburg, operating on prearranged and chartered holiday flights on behalf of tour operators. It flies from Erfurt, Frankfurt / Main and Friedrichshafen to Split.

Flights from Berlin to Split above should display live data, but feel free to check for additional flights and German airports here.

Flights from Italy to Split

One might expect to find more flights to Croatia from Italy than from any other European country, but unfortunately there are not that many airlines flying to Split.

Croatia Airlines keeps a regular flight (all year round) from Rome – Split – Rome, but prices are rather high as it is a direct flight.

Easyjet is also flying to Split from Rome and Milan. It offers very low airfares and the first scheduled flight starts in June, and this route goes until August. As an example, the lowest fare starts from €57,49 one way on June 29.

Many of you will be glad to know that there is a flight to Split from Venice. A new privately owned Volotea carrier keeps this connection only in high season.

As a convenient alternative you can also consider taking a ferry from Italy to a number of Croatian destinations including Split.

See below for live flights data from Rome to Split this week:

Flights from Rome to Split above should display live data, but feel free to check for additional flights and Italy airports here.

Flights to Split from other countries

Several other European countries have direct flights to Split town. There are usually fewer flights in winter, so if the live flights feed is not displaying any flights be sure to check data from other airports or dates here.

From Czech Republic there are flights from Prague to Split. Czech tourists are traditional Split and Dalmatian islands holiday visitors. Smartwings carrier has very competitive prices in period from May to September.

This week’s Prague to Split flights (PRG-SPU) should be displayed above, but may only be available in high season.

I’m not aware of any direct flights from Denmark to Split during low season, but feel free to check on WeGo to see if there are any.

Norwegian is the third largest low-cost carrier in Europe and the second-largest airline in Scandinavia. Norway to Split flights include departures from Oslo, Bergen, Trondheim and Stavanger to Split (and also Dubrovnik).

Table above displays this week’s flights from Oslo (OSL) to Split (SPU). During summer there should be several weekly flights available.

After a break of twenty years, one of the most popular internal routes in former Yugoslavia has been re-established, with Croatia Airlines following by Serb national carrier, Air Serbia! Split flights from Serbia are usually only from Belgrade.

Vueling is the main flights carrier from Spain to Split. There are two Spanish cities with connections to Split, Barcelona and Madrid.

If you are looking for flights from Switzerland to Split than EasyJet keeps connections to from Geneva and Basel.

Geneva to Split flights (GVA-SPU) are shown below:

Flights from France to Split are available via Jetairfly, Airlines France, and Croatia Airlines. Listed below are flights from Paris’ Ch. de Gaulle airport to Split.

Ireland is already a default destination for Croatian workers abroad, so there are often many flights connecting Dublin and Split even in low season. See live flights feed from Dublin to Split below (DUB-SPU):

Other countries and routes

You can always rely on JetRadar or Wego to find cheapest flights to Split from multiple carriers.

Ferries from Venice to Croatia 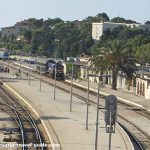 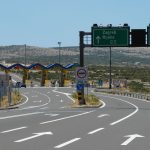 If you like this travel guide about Cheap Flights to Split and found it useful, consider supporting the author with a coffee or share it with your friends: