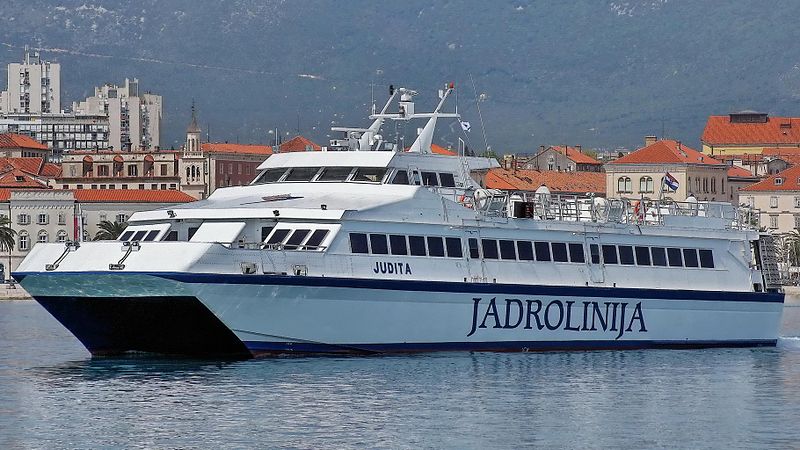 There are many ferries from Split to Hvar island. Hvar is the most visited destination among all Central Dalmatia islands. Hvar has always been the best and most frequently connected island with the mainland.

Whether you are traveling by car or on foot, Hvar island has very frequent connections to almost all island destinations. Only two towns on the island have only car ferries connections:

Some destinations like Hvar town and Jelsa can be reached directly only by passenger fast boats known as catamarans.

It’s important to point out that Hvar island’s Stari Grad town is the only location connected with international car ferries from Italy. Stari Grad has a seasonal car ferry from Ancona and Pescara that first arrives at Stari Grad port and afterwards proceeds to Split.

Taking a ferry from Italy to Split is your best option if you are traveling from Italian Adriatic coast. The major departure ports from Italy to the opposite shore of the Adriatic are Ancona and Pescara.

From Italy you can also travel by ferry to other Croatian destinations such as Split, Zadar and Dubrovnik.

Ferries on N°635 line to Stari Grad runs very often in high season between May 30th to September 28th. You have seven departures daily, the earliest at 01:30 AM (only from June 29th to September 1st). The crossing time is 120 minutes.

Prices for vehicle ferries from Split to Hvar

Coastal line from Rijeka to Dubrovnik is not operating since 2015! Stari Grad port has become the most important island harbor for all ferries from Split and for coastal line ferries on Rijeka – Split- Stari Grad (island Hvar) – Korcula – Sobra (island Mljet) – Dubrovnik line.

This is the only car ferry connection to Hvar island for car travelers coming from Dubrovnik.

Sometimes it can be an alternative solution for travelers in case they miss the connection from Split, as line Split to Stari Grad ferries can sometimes be overloaded, particularly in high season (from July 15th to August 15th).

Mid August is a period of ferragosto in Italy when Italians invade Split and Dalmatian islands. Read more about Drvenik – Sucuraj car ferry!

Don’t ignore the fact that there are three petrol stations on Hvar, one in Jelsa town, one on the main road to Stari Grad just outside Jelsa, and one in Hvar Town.

Passenger Ferries From Split To Hvar

I’m calling them passengers ferries as they aren’t for any kind of vehicle transportation, but only for foot travelers. In Croatia they are commonly called catamarans or high speed ships.

To help you figure out where catamarans leave from Split to Hvar I highly recommend you check my Split harbor map to easily find your fast ship as car ferries run from different harbor terminal.

Good news from Jadrolinija: Jadrolinija’s ferries are without a doubt the cheapest and most effective way to travel the Adriatic, and from this year you can book tickets online (but only for foot passenger catamaran lines, and not for Split to Hvar car ferries).

There are several catamarans connecting Split with Hvar island destinations:

There are two companies running on these routes to Hvar island: the state company Jadrolinija, and private company Kapetan Luka.

This service is only available in summer: June 1st until September 15th. If you’re arriving to Split by air then this service can easily take you to aforementioned nearby destinations. Their ferry port is located only 500 meters from Split airport.

Split to Stari Grad (Hvar Island) is one of the most popular ferry connections. This connection is reduced from seven to three ferry trips daily.

If you are arriving from Dubrovnik by car and planning to reach Hvar island from Drvenik to Sucuraj (Hvar island), number of ferry lines will be reduced from eleven summer lines to six daily crossings.

Some early morning ferry lines (at 05:00 and 05:30 AM) will be substituted with 06:30 departure from Sucuraj to mainland (Drvenik) and with ferry that leaves at 08:00 from Drvenik to Sucuraj.

Make sure you don’t miss out How to get to Hvar article for even more ways to travel to this beautiful island. And of course, make sure you check all the prices and timetables on Jadrolinija, Krilo, or other relevant websites to double-check.

If you like this travel guide about Ferries from Split to Hvar Island and found it useful, consider supporting the author with a coffee or share it with your friends:

Visiting Split in May 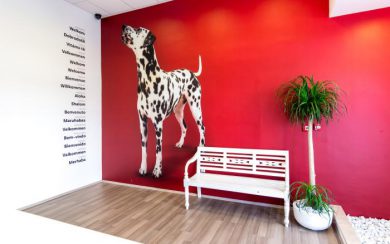