Comparing Dubrovnik’s Stradun street with New York’s Fifth Avenue or Rome’s Via Veneto street may seem appropriate, as this is the most worshiped and certainly the most beautiful and elegant town street.

What Split’s Riva promenade means for Split inhabitants, Stradun has the same significance for the residents of Dubrovnik.

This promenade which is only 300 meters long represents a unique setting where you can best feel the ‘pulse of the city‘, the place of all public feasts and processions.

This street is also called Placa (name more commonly used by locals) and is the main street in the city that stretches between two city gates: Pile Gate and Ploce Gate. See the map above!

The name Placa originates from the Greek and Latin “Platea” which means a “street”. The name, Stradun, is a Venetian nickname used ironically, meaning “Big street”.

You will notice that the shops, bars, and everything else in the old town looks almost homogeneous. There are no neon lights, huge display advertisements or any kind of aggressive advertising. To respect the traditional look and feel of Dubrovnik, local authorities have introduced some regulations that oblige the merchants to have only discrete and non intrusive signs to identify their business.

Stradun is sometimes called street-salon for its special feel and look of the street, paved with stone blocks, polished to shine as a wooden parquet.

This town’s main artery was once a shallow sea channel, dividing the town in two settlements. The channel was covered with earth in 12th century when both settlements were fortified by a single city wall. The Placa street was paved in 1468.

Its present look dates after the devastating earthquake in 1667 when the main street was reconstructed. The second time Placa was damaged was during the Serbs attack in 1991 when numerous shells heavily damaged this cobblestone street.

Stradun stretches from the east to the west, and once you enter the Placa from the Pile Gate, immediately on the left you will notice one of the main entrances to the city walls.

Next to the walls entrance there is a beautiful Renaissance church of the Holy Savior (Sveti Spas), the only church that survived the 1667 earthquake, which destroyed over three-quarters of the City.

Walking on, next to Holy Savior church, you will pass by the large complex of the Franciscan monastery which lateral facade runs parallel along the Dubrovnik Stradun street.

Don’t miss visiting this monastery, once one of the richest churches in Dubrovnik and its famous pharmacy, the third oldest functioning pharmacy in the world. Find out more about monastery!

Entering from Pile gate, on the right you will see a splendid polygonal fountain, called Onofrio Large Fountain, after its architect.

On the eastern end of the Stradun (next to the building of the City Guard on Luza square, under the Belfry), there is a second fountain, Onofrio Small Fountain, carved by the sculptor Pietro di Martino in 1442 according to designs made by the engineer Onofrio de la Cava of Naples.

At the opposite end of Dubrovnik Stradun, on Luza square, stands the most splendid building, the Sponza palace, built in the period from 1516 to 1521.

Sponza palace has a unique role during the special opening ceremony of the Dubrovnik Summer Festival. This is the only palace in Dubrovnik that preserved its original look as it was not damaged in 1667 earthquake.

Today this palace has become one of the most romantic wedding venues.

A stone column stands on Luza square stands, deep carved in the form of an ancient knight. The knight carved in the column is Orlando.

According to the legend in the 9th century Orlando and his fleet saved Dubrovnik from a 15-month long Saracen siege.

To express their gratitude the grateful citizens erected this beautiful column in Orlando’s honor.

Explore the stunning architecture and rich history of this famous city on a brilliant walking tour. Discover magnificent buildings, palaces and treasures, and learn all about the stories and legends of Dubrovnik on this guided tour.

Search for your hotel in Dubrovnik on Agoda, a well known and trusted website with 1,600+ Dubrovnik hotels and reviews.

If you like this travel guide about Dubrovnik Stradun Street – City Lifeline and found it useful, consider supporting the author with a coffee or share it with your friends: 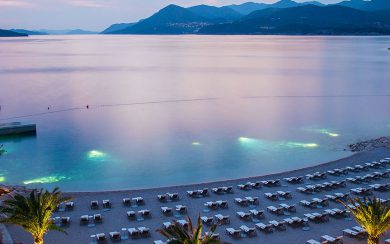 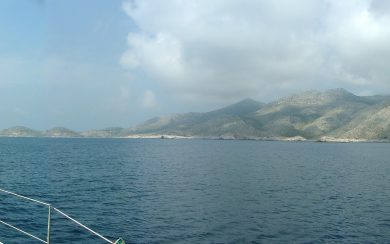