Cheap cruises in Croatia are easy to find, but only in low season period. There’s a lot to pick from and cheap cruises are suitable for different groups, such as families, divers, naturists, friends, students, gay cruises, seniors or any other special interest groups.

Charter price range depends not only on the quality of the ship, but also on the season you are traveling.

If you chose the period from April to mid of May or from mid September to the end of October, you can easily get very nice gullet for groups from 10 and up to 16 people or more, for less then 350 euro per person per charter.

I can personally suggest you all kind of gullets and to find the right arrangement for you. Renting a gullet is much like renting your own floating hotel with a crew, in which you can go sailing along any part of the Adriatic coast with your family or friends.

And the best thing is, it does not have to be expensive.

Most of my selected cruises are for chartering the whole boat (gullet), but there is a possibility to rent only a cabin on some of our gullets and motor yachts. If you are interested in this type of charter, please see my partners’ page.

The things that count on a cruise the most are not huge cabins, wide screen TVs with DVDs, or Jacuzzi in every cabin or on deck. It is great to have them, but when you are on cruise you normally never use it.

So forget about all the mentioned luxury, and:

Tip: Southern Dalmatia still has great weather in September and October. If you don’t want to cruise in unbearable heat and want to save money as well, choose your vacation during those months. Prices in September are usually 30% lower compared to June and August, and easily up to 50% lower in August (also similarly cheaper in March-June).

Plan your own Croatia cheap cruise! Plan it the right way. Let me find a ship suitable for you and the whole group that is traveling along.

From Rijeka: Kvarner and Crikvenica riviera.

From Trogir: Split Riviera to Dubrovnik.

Want to browse more cruises? Be sure to visit my top Croatia cruise choice Adriagate for more offers. You can easily compare cruise types and destinations, and view up to date pricing in any season.

If you like this travel guide about Cheap Cruise Holidays in Croatia and found it useful, consider supporting the author with a coffee or share it with your friends: 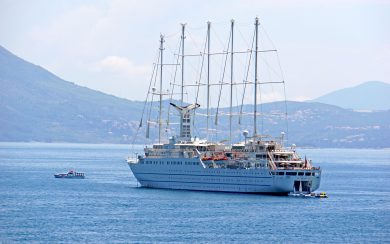